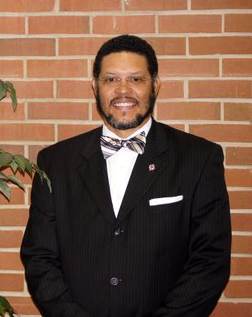 Part of the Love Fellowship Believers series, preached at a Sunday Morning service

About Pastor Kevin Webb: Pastor Kevin G. Webb is the son of Deacon Freddie M. Webb and Cynthia R. Webb. Born in Charlotte, North Carolina and raised in Greensboro, North Carolina; He has one sibling Schala Harper (Ken), he is a graduate of James B. Dudley Senior High School. He attended North Carolina A&T State University where he joined Phi Beta Sigma Fraternity Incorporated and later served during the Gulf War in the US Navy as a Submariner and Naval Diver for six years. After traveling down many, many paths, he accepted his calling; in August 2000 and preached his initial sermon, "God's Relief in Your Belief", John 6:26-29 he has applied this initial sermon topic through a ministry of "Faith" which can be heard when he delivers God's Word as he strives to perform God's work with an attitude of excellence. Pastor Webb received his ministerial license under Pastor Timothy L. Warren at Faith Baptist church and was ordained through the Guilford Educational Missionary Baptist Association under Pastor Darryl E. McConnell also of Faith Baptist Church in February 2006. During the same month he was installed as Pastor of Outreach Missionary Baptist Church in Greensboro, NC. The Lord allowed for the Fellowship Hall to be completed, the acquisition of a Church Van, Community Feedings, a New Member's Class and the formation of a Youth Committee under his leadership. Pastor Webb is now the founding pastor of Love Fellowship Believers, Incorporated located in Greensboro, NC. where they "Desire To Fulfill God's Will" (Romans 12:1-2). He is a teacher of God's Word. The first sermon preached on January 11, 2009 was "Deception By Conformity" (1 Sam 17:26-32). Their sister church is the City of Refuge where Elder Kevin L. Maxwell is the pastor. In a short matter of time God has allowed LFB's message to reach the masses abroad. There are ministries from around the world that have partnered with this ministry. Pastor Webb has served as the president of James B. Dudley Alumni Band (2008-2010), on the Board for Early Childhood Center (2009), served on the Board of Visitors for Barber-Scotia College (2009), as religious ambassador for the First Tee of the triad (2009-2010). He is currently employed with Guilford County as the Information Security Specialist, , serves as a board member for "A Sharp Youth Creations", G.E.M.S. (Grace Effectual Ministries), founding member of I.M.U. (International Ministries United) and is a full time student at Carolina Christian College acquiring a Bachelors of Arts in Ministry with a Leadership minor. Pastor Webb shares his greatest blessing with his best friend and loving wife, the former Ariane Cyrisse Gallop of Raleigh, North Carolina. Along with his oldest son, Shaun (20), their union has had the privilege of bringing Laurin (11), Lindsey (9), and Luke and Levi (8) into this world. As a family they believe and have been given the vision that …"without faith it is impossible to please him: for he that cometh to God must believe that he is, and that he is a rewarder of them that diligently seek him." Hebrews 11:6.